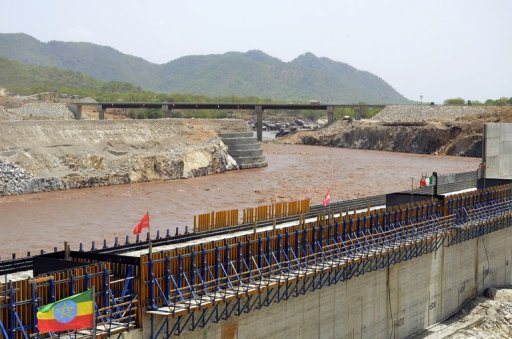 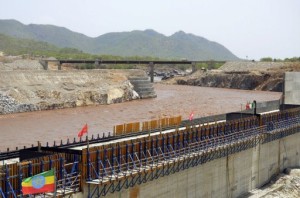 Ethiopia’s Foreign Minister Tedros Adhanom was at the head of his country’s delegation which attended the swearing-in ceremony of Egypt’s newly elected President, Abdel-Fattah El-Sisi. The Minister took the opportunity to discuss their differences with Egypt with regards to the construction of the Renaissance Dam on the River Nile. Egypt fears that the dam will threaten its livelihood and agricultural sector. President El-Sisi is expected to pay a visit to Ethiopia very soon.
Ethiopia ignored Cairo’s call to suspend the construction of the Dam despite the latter’s claims that it violates the agreements which were signed during the colonial era. Egypt fears that the dam will substantially harm its share of the Nile, the country’s main source of potable water.
After attending the swearing-in ceremony at the at Ittihadiya presidential palace, Minster Adhanom extended an invitation to President El-Sisi urging him to pay a visit to Ethiopia. The spokesman of the Egyptian presidency, Ihab Badawy, stated that the President underlined the deep historical ties which bind the two countries. He added that El-Sisi wants the issue to be “solved through dialogue.”
It can be recalled that during President Morsi’s era, there were suggestions that Egypt should bomb the dam if talks fail to convince Ethiopia of suspending the project. The Renaissance Dam is a hydroelectric dam that will serve Ethiopia’s rising electricity demands. El-Sisi said he understands Addis Abba’s desire for development but they should not also neglect Egypt’s needs to its share of the Nile. Adhanom told El-Sisi that the dam is solely destined to provide electricity.
El-Sisi could be meeting with Ethiopian Prime Minister Hailemariam Desalegn at the African Union Summit scheduled to take place in late June in Equatorial Guinea for further discussions on the matter.