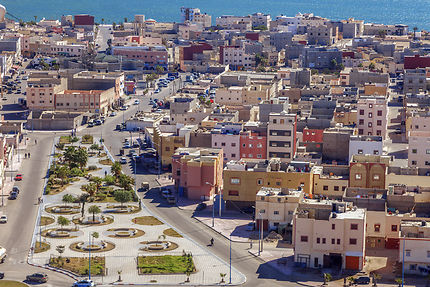 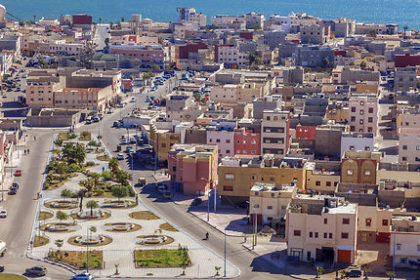 The city of Dakhla will host, this March 8 and 9, the Morocco-United States Investment Forum, meant to strengthen bilateral economic ties, highlight the investment assets in the Moroccan southern provinces and promote the region through the presentation of its potential and investment opportunities to American investors and operators.

Initiated by the Council of the Dakhla-Oued Eddahab region, in partnership with the Ministry of Industry and Trade, the forum aims to consolidate bilateral cooperation and promote new American direct investments in the fields of agriculture, tourism or even mining and renewable energies, the organizers said in a press release.

This economic event will be marked by the presence of more than twenty leading businessmen in the sectors of agri-food, renewable energies, finance and medical technologies.

The forum features sectoral panels to be attended by professionals from the public and semi-public sector that will emphasize the region’s thriving business climate and its development potential, as part of the Kingdom’s overall investment strategy.

These panels will focus on trade and industry, tourism and crafts, the Atlantic port and logistics, agriculture and fishing, renewable energies and mining.

This event will provide an opportunity for networking between Moroccan and US businessmen and visits to flagship projects in the region.

The visit by the US delegation reflects Washington’s position on Morocco’s territorial integrity and sovereignty over its southern provinces.

The US recognized Morocco’s sovereignty over the region in December 2020, and the Biden administration has repeatedly signaled it upholds the decision.

In this connection, the US State Department and the official websites of many US government-affiliated institutions have adopted a full map of Morocco in recent months.

Besides, US delegation’s visit to the region of Dakhla is the second in less than a month.

Last February, a delegation from the US Embassy in Rabat visited both Laayoune and Dakhla to inspect American-sponsored programs in the region.

The delegation held meetings with beneficiaries of US-supported economic development projects, including the DakhlaConnect and LaayouneConnect digital platforms, two hubs in charge of attracting local and international investment to the region.

North Africa Post's news desk is composed of journalists and editors, who are constantly working to provide new and accurate stories to NAP readers.
NEWER POSTMorocco outperforms North African peers in economic freedom- Heritage Foundation
OLDER POSTMorocco’s aid to Spain in the fight against terrorism has not been interrupted despite latent distrust – International Observatory