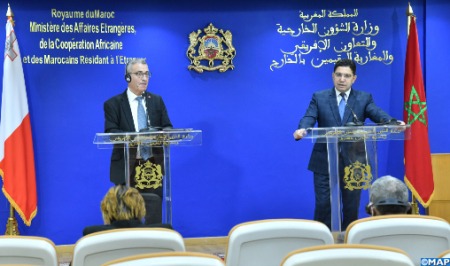 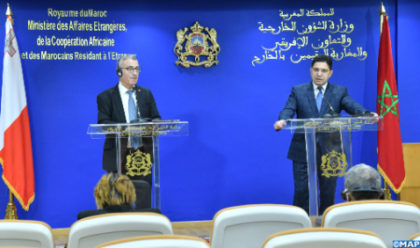 Malta welcomed, Tuesday in Rabat, the efforts undertaken by Morocco to achieve a mutually acceptable solution to the regional conflict over the Sahara.

“We recognize the efforts you are making to move forward within the framework of the UN in order to achieve a mutually acceptable solution” to the regional conflict over the Sahara, said Malta’s Minister for European and Foreign Affairs, Evarist Bartolo, who is currently on a visit to Morocco.

“We appreciate your support for the Security Council and, once again, we will definitely be a voice for mediation, negotiation and peace,” Mr. Bartolo underlined at a news conference held following talks with Moroccan Foreign Minister Nasser Bourita, Tuesday in Rabat.

This meeting was an opportunity to highlight the latest developments in the issue of Morocco’s territorial integrity and the Kingdom’s efforts to achieve a definitive settlement to this regional conflict, said Bourita during the news conference.

The two sides expressed their shared determination to work together within the framework of the Union for the Mediterranean (UfM) to give a new impetus to economic development.

To give a new momentum to economic relations between Malta and Morocco, the European country has decided to set up an economic consulate in Casablanca. The consulate will be inaugurated this Wednesday Feb.23.