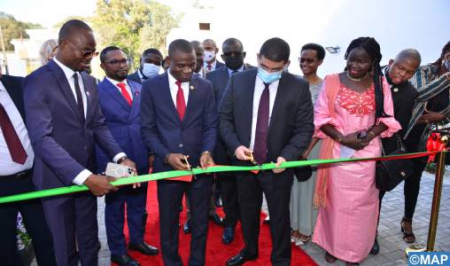 Inauguration in Rabat of new headquarters of African Youth Union 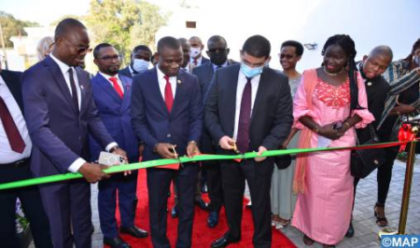 The Pan-African Youth Union inaugurated on Monday in Rabat its new Headquarters in presence of Moroccan Minister of Youth Mohamed Mehdi Bensaid, the Union’s managers, African ambassadors and representatives of youth ministries from several African countries and international organizations.

The transfer of the Union’s headquarters from Sudan to Morocco’s capital city was decided by the Executive Council of the African Youth Union during its meeting held on 10 November 2020.

The Union president Moumouni Dialla thanked King Mohammed VI for hosting the union headquarters, highlighting the achievements accomplished by the Pan-African Youth Union since its creation on April 26, 1962 in Guinea Conakry by African Heads of State.

For his part, the Union’s outgoing president, Aliou Oumarou, commended Morocco’s decision to host the Union’s headquarters, saying the move reflects the Kingdom’s strong commitment to the promotion of African integration and shows the royal support to African youth causes.

During the latest African Union-European Union summit held in France, King Mohammed VI reiterated Morocco’s firm commitment to serve the African youth cause and made the case for a joint action to gear the African and European partnership to serve the youth notably in the fields of education, culture and a win-win management of migration.