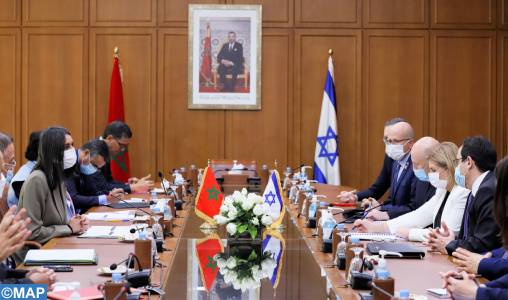 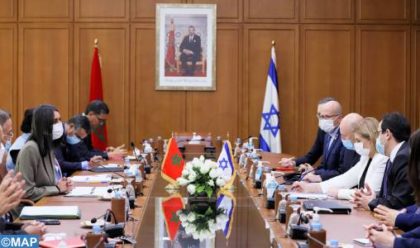 Mezzour said the deal will open prospects for trade and for investments in key industries in Morocco, citing in particular renewable energies and water management technologies as well as the automotive, aerospace, pharmaceutical, textile and agri-food industries.

The agreement aims, among other things, at creating qualified industrial zones in Morocco which will make it possible to concretize the tripartite Morocco-Israel-United States cooperation, primarily in the field of trade and investment, and to facilitate the direct access of goods produced in these zones to the American market.

He said the deal comes in implementation of an agreement signed by the two countries in December 2020 when they agreed to resume diplomatic ties, launch direct flights and boost trade.

Morocco runs a surplus in its trade with Israel of $70 million, according to Israeli figures. Rabat exports transport and agri-food equipment.

The Israeli Economy and Industry Minister arrived in Morocco on Sunday for a three-day visit.

This is the third visit by an Israeli minister (after those of the foreign and defense ministers) since the normalization of relations between the two countries.