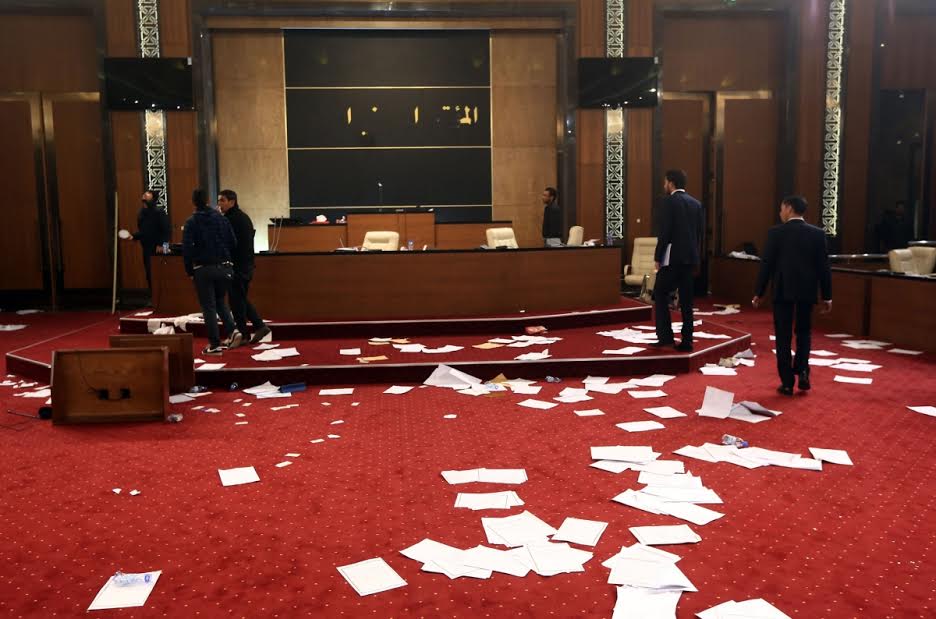 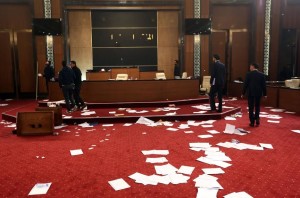 The building of the General National Congress (GNC) is becoming of the state buildings often attacked by militants to show their anger against the government or settle scores with political figures. The latest attack on the GNC is reported to have been carried out by a rebel brigade from the Zintan region against Islamist hardliners.  The new Prime Minister is struggling to convince the citizens of its legitimacy after heavily disputed elections while the rampage in the streets continue.
Reports stated that heavily armed men stormed the GNC building and forced its members to end their sessions because their mandate has ended for a while now. Colonel Mukhtar Fernana, a former military police officer from the Zintan region, announced the “freezing of the GNC” and rubbished  coup d’état fears on al-Ahrar TV. He said that power should be handed over to a 60-member body that was recently elected to rewrite Libya’s constitution. 10 employees of the GNC are being held hostage, according to an official.
There are claims that the supporters of retired General Khalifa Haftar carried out the attack. However, eye witnesses are unable to neither identify nor determine the affiliation of the militants. It was not immediately clear how much backing Haftar’s men had within Libya’s nascent regular armed forces, the country’s powerful brigades of former rebels or whether the parliament was fully back under government control after the attack.
Clashes later on continued in the streets of the capital especially along the airport road but the rebel group’s involved couldn’t be identified.  Powerful rebel groups such as the Zintan brigade or the Qaaqaa brigade have not confirmed nor deny their participation in the attack. More than 50 people have been killed.
The government has not released any statement.