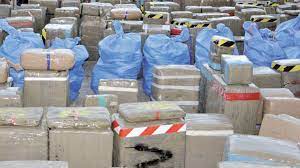 Morocco’s Royal Armed Forces (FAR) on Sunday foiled an international drug trafficking attempt, at the level of Oum Dreiga, along the defense line in the Moroccan Sahara.

The trafficking attempt was foiled as part of the surveillance of Morocco’s borders and during the patrols conducted by the FAR along the defense line at the level of Oum Dreiga, a military source said.

This operation led to the seizure of 4 off-road vehicles, loaded with 6 tons of cannabis resin, the military source said, adding that the vehicles’ occupants have fled.

The drug and the vehicles seized were handed over to the Royal Gendarmerie for the usual procedures.