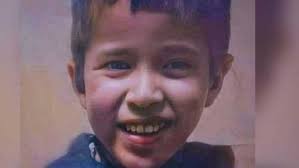 The five-year old Moroccan boy, who died last week after being trapped in a well in the northern region of the country, continues to draw worldwide sympathy with the bereaved family and generate gratitude to the search teams.

Following this tragic incident, King Mohammed VI offered in a phone call his condolences and sympathy to the parents of Rayan. Pope Francis praised the Moroccan people and the rescuers for “putting their all” into trying to save him.

In Washington, the State Department said: “We grieve with the people of Morocco as they mourn the passing of five-year-old Rayan Oram, who died tragically after falling into a well in the country’s northern region last week – despite a heroic four-day rescue operation”.

“Like millions around the world, we were awed by the dedication of the rescue team and the solidarity of the Moroccan people as they held out hope for Rayan’s survival. We offer our deepest condolences to Rayan’s family and all Moroccans’’, added the state Department in a statement.

In New York, Farhan Haq, Deputy Spokesperson for the UN Secretary General said UN Chief António Guterres is “saddened by this news. Our hearts are with [Rayan’s] family and his community.”

“We praise the work and time spent by the rescuers to save little Rayan,” underlined the UN official.

For its part, the UNICEF offered its condolences to the family of Rayan and hailed the efforts made by the rescuers.

In a press release, UNICEF paid tribute to all those who worked day and night during Rayan’s rescue operation, stressing that this intense five-day hard work proved the real value that the nation places on the rights of its children to life and protection.

“After Rayan’s rescue odyssey, an epic was born today. This sad event has demonstrated how much Morocco, all stakeholders involved, faces the challenges that could affect its children,” said the UN agency.

Rayan is a “new icon of childhood in Morocco and elsewhere, it is our duty to the memory of Rayan to make every effort to ensure that all children in the world are better protected and their rights to life, survival and development better defended,” underlined the statement of UNICEF.