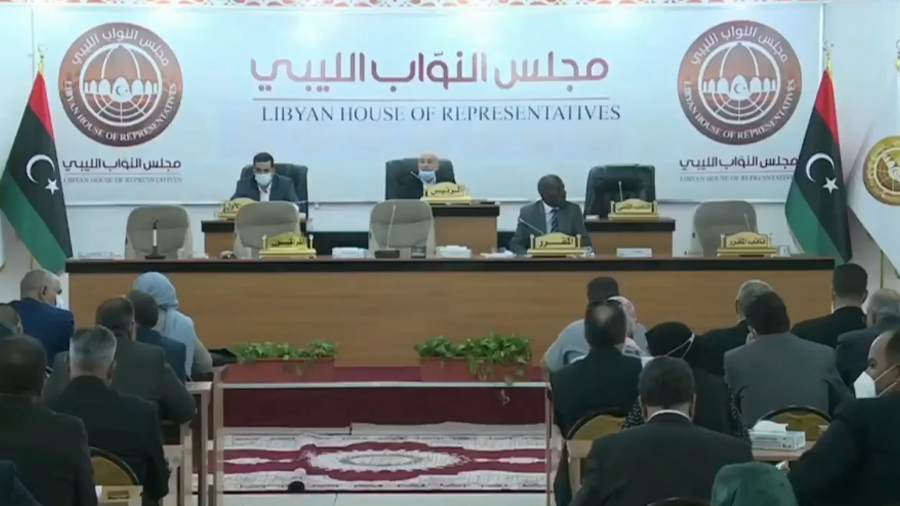 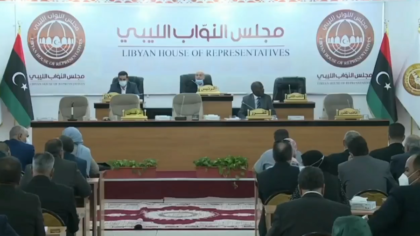 Libya’s state legislature, House of Representatives (HoR) located in Tobruk, shortlisted Monday former Interior Minister Fathi Bashagha and businessman Khaled Al-Bibas as the only two candidates meeting conditions for the post of Prime Minister in replacement of embattled Abdul Hamid Dbeibeh, reports say.
Aguila Saleh, Speaker of the parliament, during a session held to vet the candidates said Bashagha and Al-Bibas were the only two candidates to qualify for the job of Prime Minister after the house received seven candidates including that of former presidential candidate and deputy Prime Minister of former Government of National Accord (GNA), Ahmed Maiteeg.
The house will elect one of them today Tuesday to replace Dbeibeh in place since February and whose mandate according to parliament expired on Dec. 24; date of the failed presidential elections.
Dbeibah has come under scrutiny by a group of Libyan politicians who accuse him of corruption and taking advantage of his position.
Dbeibah also vowed to stay in his position until the holding of elections after it had paved the way for all needed electoral process measures.
Bashagah who also was Interior Minister in the GNA and also candidate for the botched elections, vowed to renounce the presidential elections if he is elected Prime Minister.
He also told the parliament that he waives any legal immunity for him and his colleagues in the ministry in favor the judiciary to hold them accountable for any accusation.
Al-Bibas on the other and told the parliament his priorities are a balanced foreign policy, facilitating the return of the displaced, establishing security and unifying the military institution, in addition to paying attention to education and health care.

North Africa Post's news desk is composed of journalists and editors, who are constantly working to provide new and accurate stories to NAP readers.
NEWER POSTDeath of Moroccan Rayan continues to prompt sympathy from around the world
OLDER POSTEgypt seeks another ITFC financing for MSMEs