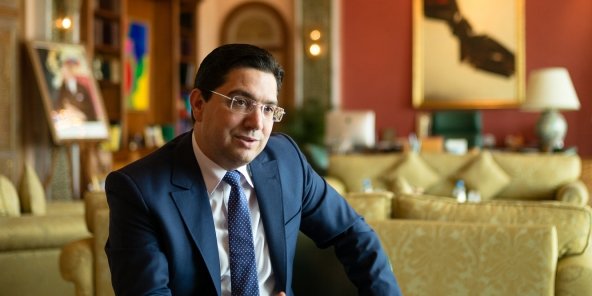 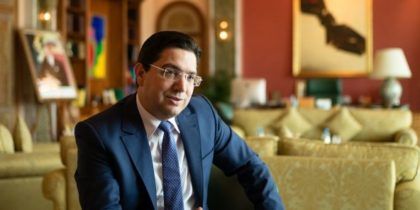 Moroccan Foreign Minister Nasser Bourita said that Algeria has been blocking progress towards a UN political solution to the Sahara issue while claiming that it was not a party to the confllict.

Speaking to French media on the sidelines of the African Union summit in Addis Ababa, Bourita recalled that Algeria rejected the round table process along with the latest UN resolution.

“The UN Secretary-General’s personal envoy for the Sahara has a mandate, has a framework for action, he himself says that he works for the round tables. If Algeria doesn’t want to, that’s its problem,” he said.

Since its return to the African Union, global support for Morocco’s sovereignty over the Sahara grew with over 20 countries opening consulates in the territory.

In 2020, the US recognition for Morocco’s full map from Tangier to Lagouira came as a blow to Algeria’s separatist chimera in southern Morocco.

Since then, Algeria’s rulers reacted by instigating the Polisario to declare an end of the ceasefire agreement in defiance of the UN. Algiers has also taken self-harming measures such as cutting ties with Morocco, closing its airspace to Moroccan aircrafts and halting a gas pipeline that used to supply Morocco and Spain.

These unilateral measures show that Algeria is the real party to the Sahara issue, Bourita said.

“Algeria has taken unilateral positions, it is its right. His Majesty the King’s approach has been not to escalate, not to even react to these unilateral decisions and that will always be our position,” stressed the minister, for whom “Algeria is in excess and what is excessive is insignificant, but the positions of Morocco are clear”.

On the possibility of a military confrontation with Algeria, the minister replied that “Morocco is not in the escalation. Morocco is not insulting the future. And Morocco thinks that we never change the geography”, reiterating the royal approach which is “not to go into escalation and to focus on what unites us, not on what divides us”.