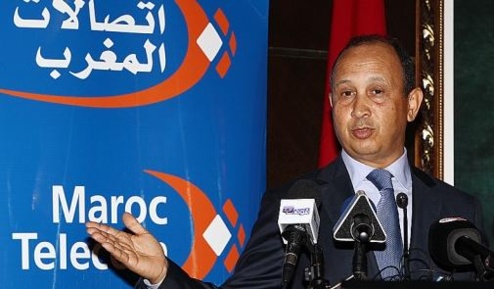 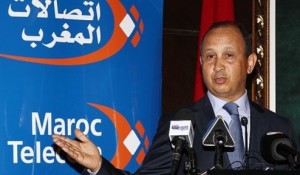 Morocco’s leading telecom operator, Maroc Telecom, will acquire six African subsidiaries of its new majority shareholder UAE Etisalat for $ 650 million.
By acquiring Itisalat branches in Benin, Côte d’Ivoire, Gabon, Niger, Central African Republic and Togo, the Moroccan operator will expand its activities in the continent and become a genuine telecom “hub” in French-speaking West African countries.
Under the transaction, Maroc Telecom or IAM (acronym of its label in Arabic) will also acquire Prestige Telecom which provides, on behalf of Etisalat, IT services to its subsidiaries in the African countries.
The transfer of the West African subsidiaries of Itisalat is however conditioned by the completion of the sale procedures and by obtaining the necessary authorizations from the competent authorities in the six countries where Etisalat operates.
The deal was struck while UAE Etisalat is finalizing its entry in Maroc Telecom’s capital after it concluded last November a transaction to buy Paris-listed Vivendi’s 53 percent stake in the Moroccan group for €4.2 billion ($5.78 billion.) Last week, the Arab Emirates operator announced it has raised €3.15 billion to finance the purchase of Vivendi’s interest in Maroc Telecom and is to become officially the majority shareholder in the Moroccan group next week, precisely on May 14.
Maroc Telecom is already operating in sub-Saharan Africa since 2001 when it established Mauritel in Mauritania. It is also present in Burkina Faso, Gabon and Mali where it started operating between 2006 and 2009.
With the acquisition of Etisalat subsidiaries, IAM reinforces its presence on the African continent bringing to nine the number of countries where it is operating.
This African strategy, spearheaded by the group’s CEO, Abdeslam Ahizoune, has enabled the group to consolidate its performance. Actually, since it started operations in Sub-Saharan Africa, Maroc Telecom, which played a key role in modernizing the telecommunications sector in the four African countries where it is present, has increased tenfold the number of customers in these States to 17 million and in 2013, these subsidiaries represented 27 per cent of the group’s overall turnover.
The new transaction with Etisalat falls in line with Morocco’s overall strategy seeking to upgrade its partnership with African countries and to promote thus South-South cooperation in a region that has scored over the past few years the highest global growth rate.