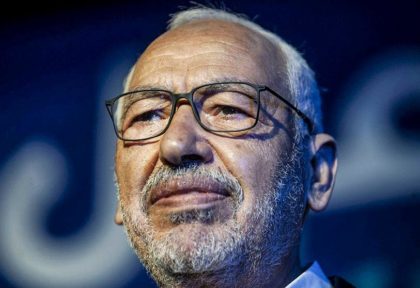 The anti-terrorism department of the Tunisian ministry of Justice has launched a probe against three members of Islamist party Ennahdah, including the Speaker of the suspended parliament Rached Ghannouchi, all of them suspected for financing terrorism activities in Egypt, Tunisie Numerique reports.
The investigations against Ghannouchi and the two other former members of parliaments namely Saied Ferjani and Rafik Abdessalem follow the analysis of documents revealing the three politicians are in possession of a sizeable of amount of money, the online media notes citing local newspaper Al Chourouk.
Ghannouchi, a politician, is reportedly the richest man in the North African country with a total asset valued at TND2.7 billion (close to $1 billion).
Additional other documents allege that three politicians funded terror organizations in Egypt.
Tunisia authorities, the media say, have reached out to their Egyptian counterparts to assess copies of documents seized during the arrest of the former acting Muslim Brotherhood leader Mahmoud Ezzat, in 2020.
Egypt has outlawed the movement and has hauled hundreds of its top leaders into prison since incumbent President Abdefattah al-Sisi ascended to power in 2013 in a coup against Egypt’s first democratically elected leader Mohamed Morsi who is also a member of the organization.
Morsi himself died in prison during a court hearing in June 2019.
Tunisian authorities, the media also revealed, have turned to French authorities to provide documents justifying the source of funds and firms controlled by Ghannouchi’s relatives, on the French territory.
Ennahdah appears to be in the eye of the cyclone for several days. Noureddine Bhiri, another senior member of the party and former minister, has been held under house arrest in an identified location in connection with some alleged terrorism plotting.