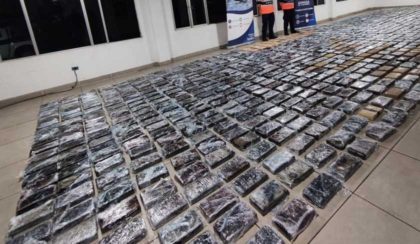 The drug shipment, estimated at $42 million, was dissimulated in black bags, in form of bricks.

Castillo neither provided further details on the owner of the container nor on the addressee in the North African country.

Tunisia has criminalized the use of drugs. Late November, the Tunis court of first instance sentenced four young men to 20 years in prison for forming a drug trafficking network in the capital.