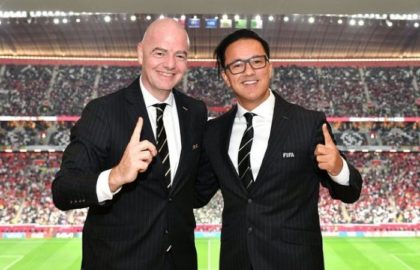 The International Federation of Association Football (FIFA) has announced the appointment of Moroccan producer RedOne as a creative entertainment executive.

The Moroccan producer also announced the news on his Instagram account, posting a photo of himself with FIFA President Gianni Infantino.

He said he was “so proud to join the FIFA team as head of artistic production and entertainment”. “A new story begins,” he wrote.

RedOne produced the official anthem of the 2018 World Cup in Russia, in addition to several other football-related songs.

RedOne has been nominated for ten Grammy Awards and won three. He was also awarded the Grammis Award for Producer of the Year, which is the Swedish equivalent to the Grammy Awards.