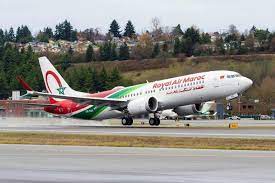 Morocco has decided to suspend all direct passenger flights to the Kingdom for 2 weeks, starting Monday, November 29.

According to a statement from the inter-ministerial Covid-19 committee, the fast spread of the new Covid-19 Omicron variant, especially in Europe and Africa, is behind the decision.

“Because of the rapid propagation of the new Omicron (B.1.1.529) variant of COVID-19, notably in Europe and Africa, and in the interest of preserving the accomplishments of Morocco in its fight against the virus, all direct passenger flights to the Kingdom of Morocco will be suspended for 2 weeks, starting Monday 29 November 2021 at 11:59 p.m.,” said the Inter-ministerial Committee in the statement.

An assessment of the situation will be undertaken regularly in order to adjust the measures accordingly, the committee added.

The decision comes in the midst of the rapid spread of a new variant of the COVID-19 virus, named the Omicron variant, which threatens to undo a lot of the progress countries like Morocco have made in the fight against the pandemic.

Morocco had earlier suspended air travel to and from France and halted maritime travel with the European country this Sunday.

Royal Air Maroc (RAM) on its part had updated its list of countries with COVID-19 entry restrictions to include South Africa, Botswana, Eswatini, Lesotho, Mozambique, Namibia, and Zimbabwe.

Due to the new Omicron variant, RAM also delayed to a later date its inaugural Casablanca – Tel Aviv commercial flight which was initially scheduled to depart Casablanca on December 12.

The Israel-Morocco Economic Forum, which was to take place Dec.13 was has reportedly been delayed to a later date.

Meanwhile, Israel has closed its borders to all foreigners starting this Sunday, citing similar fears of the Omicron variant.

Experts in Morocco and in other countries have sounded the alarm over the new variant, saying that it could weaken the effectiveness of the vaccination campaigns that have been conducted worldwide.

Newer PostDelays pile up for Oran 2022, ICMG worried
Older PostAlgeria’s hostility towards Morocco, an attempt to conceal own internal crisis