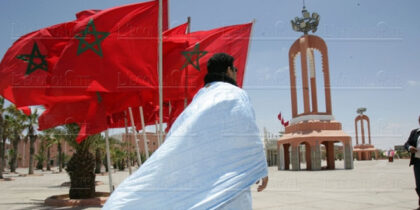 In response to the fake news, a Moroccan well-informed source told French news agency AFP on Wednesday that despite these completely unfounded accusations by the Algerian regime, which has seemingly departed from all sense of reason, Morocco will not allow itself to be dragged into a war with Algeria.

“If Algeria wants war, Morocco does not. Morocco will never be drawn into a spiral of violence and regional destabilization,” said the source, who deplored the groundless accusations against Morocco.

“If Algeria wishes to drag the region into war, with provocations and threats, Morocco will not follow,” insisted the same source, who requested anonymity.

“Morocco has never targeted and shall never target Algerian citizens, whatever the circumstances and provocations,” the source said.

The Algerian presidency denounced “the assassination” of three Algerian citizens on November 1 when their trucks were bombed on the road linking the Mauritanian capital Nouakchott and Ouargla in southern Algeria.

According to the Moroccan source, this area is “used exclusively by military vehicles of the armed militias” of the Polisario, the Algeria-backed separatist front, claiming the independence of the Sahara.

“We are therefore astonished to see Algerian authorities mention the presence of a truck in this area, given its legal nature and its use for military purposes,” the source added.

Immediately after the circulation of the news about the alleged killing of the truckers, Mauritania’s military issued a statement in which it denounced Algerian media’s allegations.

“In order to enlighten public opinion and correct the circulated information, the Directorate of Communication and Public relations commanded the General Staff of the army to deny the occurrence of any tack inside the national territory,” the Mauritanian army said in its statement.

Yet, it is common knowledge that the Algerian military junta often resorts to propaganda and fake news to divert attention from the serious crisis in the country and to perpetuate m its illegitimate power over the country.