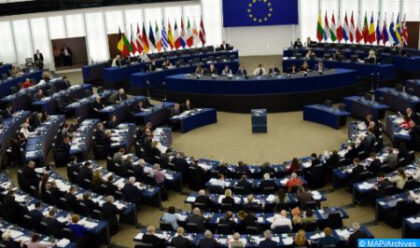 Following reactions of several Members of the European Parliament regarding Algeria’s unilateral decision not to renew the agreement to supply Europe with gas via the Maghreb-Europe Gas pipeline, the European Parliament has officially referred the issue to the EU High Representative for Foreign Affairs and Security Policy, Josep Borrell.

MEP and former President of the European Parliament Antonio Tajani and MEP Massimiliano Salini addressed a written question to the head of European diplomacy about this unilateral decision by Algeria which undermines the strategic interests of Europe.

“The unilateral decision of Algeria to interrupt trade relations with Rabat raises important questions about the energy dependence of the European Union, in light of soaring prices of raw materials and, in particular, natural gas, which has a strong impact on the electricity and gas bills of European citizens,” the two MEPs wrote.

Recalling that the Maghreb-Europe Gas pipeline was built with funds from the European Investment Bank, the two MEPs asked whether the European Commission will engage in discussions with the Algerian government to obtain an extension of the use of the pipeline, hence ensuring the security of the energy supply of the European Union.

The two MEPs also requested Mr. Borrell to explain the diplomatic actions to be taken to address the crisis between Algeria and Morocco, which is the reason for the non-renewal of the Maghreb-Europe gas pipeline agreement.

Last Sunday, Algeria announced the non-renewal of the agreement, a unilateral decision deemed by several European observers and politicians as a blackmail by Algiers towards Europe.

Several European news outlets have also lambasted the move as a cynical manipulation of gas supply by Algeria.

In this vein, European information website, Eupoliticalreport, pointed out that the cynical manipulation of supplies by Algeria amounts to thinly disguised energy blackmail for Europe, when winter is approaching and gas prices are rising sharply.

On Sunday 31 October, the Algerian government announced the cessation of commercial relations between Algeria and Morocco, effectively ending the Algeria-Spain-Morocco pipeline agreement known as the Europe-Maghreb pipeline, the wesbite recalled, adding that the decision was announced “at the last minute without notice and without consultation.”

“At a time when the rest of the world is working towards renewables and moving away from fossil fuels, Algeria is seeking to weaponize their fossil resources,” the news outlet commented.

According to Analysts, technical issues relating to Algeria’s plans to expand the capacity of the Medgaz pipeline could escalate the energy crisis in Spain at a time of soaring gas bills across Europe, the website noted.

“After rejecting UN Resolution 2602 adopted by the Security Council last Friday October 30, which clearly calls for all the parties to be on board in the negotiations over the Sahara, Algeria continues its escalation in its neighborhood by cutting off the gas supply from the Europe-Maghreb pipeline at the onset of winter,” it added.

Algeria has rejected the Security Council’s calls for the registration of populations and refuses to engage in roundtable discussions (as defined by the international community), preferring to exacerbate this conflict, and to prolong it thereby causing economic damage and destabilization in the region, Eupoliticalreport pointed out.

Spanish daily “La Razon” also linked Algeria’s decision to terminate the gas pipeline deal to the latest resolution of the UN Security Council on the Sahara and which has favored the position of Morocco.

“Algeria’s decision was taken as a form of pressure in response to the recent UN resolution on the Sahara which ultimately favored Rabat’s position to seek a solution through roundtables rather than by a referendum of self-determination, as hoped for by Algiers and the Polisario,” wrote the Spanish newspaper.

The Algerian regime has attempted at all times to use the energy card to gain support for its theses, a move “that did not succeed,” noted the author of the article.

However, Algiers has maintained its strategy of exerting pressure on the basis of its energy resources with the sole objective of causing “damage to third countries”, “La Razon” added.

Italian magazine Formiche on its part commented that the closure of the Maghreb-Europe Gas Pipeline by Algeria, “which is desperately looking for an external enemy to distract public opinion from its internal crisis, will spark an energy crisis in the Mediterranean region.”

“Following its decision to sever diplomatic relations with Morocco and closure of airspace to Moroccan aviation, actions that have proved of no consequence,” Algeria “is playing its last card: the closure as of November of the pipeline, which runs through the Moroccan territory.”

“Wanting to antagonize Morocco”, which had foreseen this possibility, Algiers cut an important energy supply to Spain amounting to 6 billion cubic meters of gas, explains the magazine.

According to the Italian media, Algeria’s promise to increase the capacity of the Medgaz pipeline, connected directly to Almeria, is not sufficient to compensate for the usual supply. Algeria intends to exercise a form of blackmail towards Europe as the decision was taken in an economic context where prices of gas are soaring and representing a threat to the energy supply of Europe, the magazine added.

In addition, “Algeria and the polisario defy the international community and threaten security in the Maghreb region by rejecting the UN resolution 2602 which calls for compliance with the provisions of the cease-fire, respected by Morocco,” the magazine stressed.