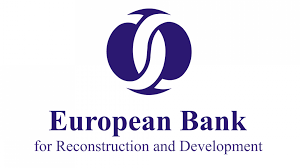 The European Bank for Reconstruction and Development (EBRD) is committed to supporting the implementation of advanced regionalization, particularly in the Marrakech-Safi region, through major structuring projects, said new EBRD director in Morocco Antoine Sallé de Chou.

The EBRD director’s remarks were made at a press briefing Wednesday following a meeting with the Wali of the Marrakech-Safi region, Karim Kassi-Lahlou, and several economic stakeholders in the region.

“We discussed how the EBRD could accompany the Marrakech-Safi region and the Marrakech City Council in the implementation of advanced regionalization, especially through major structuring projects,” he said.

This cooperation covers projects on mobility and green investments in the region, he said, expressing the wish to see Marrakech among EBRD’s Green Cities program, which provides concrete support to help solve environmental problems and improve the quality of life.

The meeting was also an opportunity to discuss EBRD support to the private sector, the European institution having provided support to 30 SMEs, helping them raise their productivity by more than 40%, especially in the fields of tourism and agriculture, Antoine Sallé de Chou said.

He recalled that Marrakech was designated to host the bank’s next annual meeting, scheduled for May 10 – 12, 2022.

Cooperation between the European financial institution and Morocco was also reviewed in Glasgow at a meeting between EBRD First Vice- President Jurgen Rigterink and Moroccan Minister of Energy Transition and Sustainable Development, Leila Benali.

The meeting, held on the sidelines of the World Summit on Climate (COP26), reviewed progress made in the implementation of EBRD projects in Morocco, including the launch next December of financing facilities for the green economy for both the public and private sectors.

The meeting also reviewed the progress made by Morocco in the field of energy transition and sustainable development.

Newer PostAfter Turkey, Libya refuses to attend Paris conference because of Israel’s attendance
Older PostSahara: Morocco shall not be dragged into war with Algeria despite senseless accusations