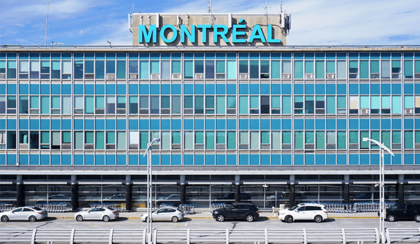 Passengers will now be able to take daily direct flights operated by B.787 Dreamliner aircrafts, the airline said in a statement.

The resumption of this regular route comes following a two-month suspension. The North American country had suspended, on August 29, all direct flights from Morocco, due to the health situation deemed “critical” in the Kingdom.

Travelers must, however, comply with the new requirements imposed by the Canadian authorities.

in this vein, travelers returning to Canada from Morocco must provide a negative PCR test carried out within 72 hours before the flight, and issued by the Moroccan authorities and recognized by the European Commission.

Travelers are invited to consult the Canadian Department of Transport website and the “ArriveCAN” platform for information on the details of the regulatory and sanitary requirements to enter the Canadian territory.

The Casablanca-Montreal route is strategic given the large Moroccan community settled in Canada. Besides, Casablanca is an important hub for a large part of the African community transiting through Morocco before heading to African countries.

Meanwhile, the inter-ministerial committee for the coordination and monitoring of the mechanism governing international travel during the Covid-19 pandemic, updated the said mechanism in light of the latest developments of the epidemiological situation in Morocco and in the world.

The committee classifies countries in lists A and B according to the pandemic situation in these countries and sets conditions of access to Morocco on the basis of reliable data from the departments of health of foreign countries and international organizations.

The classification of countries according to lists A and B and the inherent measures, including the suspension of direct flights, are reviewed by the committee every 15 days.

The countries affected by the suspension of direct flights can however organize repatriation flights, in accordance with the procedure in force.