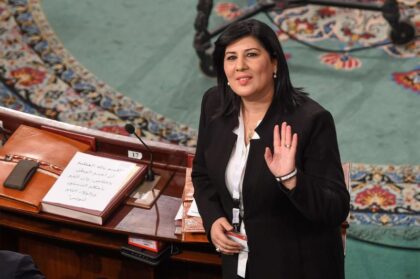 Abir Moussi, head of the Free Destourian Party has denounced results of 2019 elections arguing that they were rigged to benefit incumbent President Kais Saied.

President, independent candidate defeated high profile political figures and won the runoff with 2.7 million votes. The outspoken Moussi argued that the votes garnered by the Tunisian President were rigged.

President Saied is under domestic and international scrutiny over ongoing exceptional measures he had imposed in the country since July 25 when he seized the executive power, froze the activities of the state legislature and suspended the immunity of lawmakers. He has defended his move using article 80 of the constitution. He has promised to undertake a set of reforms that will help the North African country to get rid of corruption.

Moussi was a proponent of the move but has recently launched a barrage of criticism against Saied. “The President of the Republic has started the political game by using bad maneuvers and is instrumentalizing uncontrolled youth structures,” she also told the radio station.