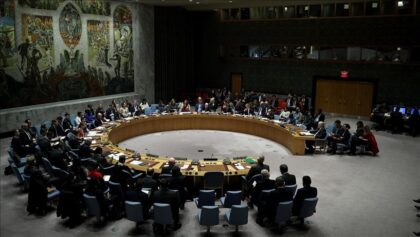 The Security Council is expected to adopt later this month a resolution reiterating the UN’s call for a mutually acceptable and political solution to the Sahara issue, le360 reported citing a draft text.

The resolution, drafted by the US penholder, is a blow to Algeria and the Polisario who obstinately continue calling for the obsolete referendum solution.

Le360 reported, citing the draft resolution they could have access to, that the resolution maintains the need for round tables and urges Algeria to contribute to the process.

Morocco has recently said that there will be no negotiations without Algeria’s attendance as a party to the conflict.

Morocco offers autonomy, which has been described by the UN as a serious and credible solution, and as a basis for talks.

Algeria was cited in the resolution nine times and five times as a “neighboring state” confirming Algiers role in the conflict.

The Algerian regime has however indicated through its chief propagandist Amar Belani that it will not attend the talks as it continues its warmongering rhetoric and instigation of its puppet the Polisario to flout the ceasefire.

The resolution calls on the Polisario to abide by the ceasefire agreement and urges the separatists and their Algerian mentor to conduct a census of the population held in the Tindouf camps.

Algeria and the Polisario have usually put forward inflated numbers of the camp dwellers and have been found guilty in EU reports of humanitarian aid embezzlement.