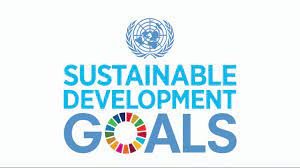 The President of the UN General Assembly and the President of the UN Economic and Social Council (ECOSOC) appointed Morocco’s Permanent Representative to the UN Omar Hilale, along with the Ambassador of the Philippines, co-chair of the Group of Friends on the Voluntary National Reviews of the Sustainable Development Goals (SDGs).

The appointment strengthens Morocco’s key role on the international scene in the implementation of the 2030 Agenda for Sustainable Development.

Morocco has adhered to the 17 SDGs, including poverty eradication, food security, climate action, and energy transition in its new national development model. The Kingdom has made of global partnership, including South-South cooperation, a strategic component of its foreign policy, with Africa being at the forefront.

The Group of Friends was created in 2019, a year in which Morocco held the vice presidency of ECOSOC for two successive cycles in 2019 and 2020. It aims to support countries that will present their Voluntary National Reviews (VNRs) in the framework of the high-level political forum that takes place every year.

The Group of Friends of NRVs will play a transformative role during the decade of action and at ECOSOC high-level policy forums.

The next High-level Political Forum on Sustainable Development (HLPF) will take place in July 2022, under the auspices of the ECOSOC.

Morocco has twice participated in a voluntary national review under the auspices of ECOSOC in 2016 and 2020. The Kingdom had conducted a broad consultation campaign involving national institutions and international partners, particularly among UN organizations, to consolidate the collective ownership of the SDGs by national stakeholders.