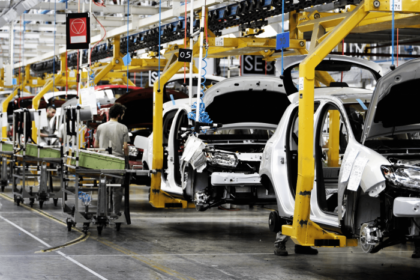 Morocco has imposed itself as a competitive hub for the automotive industry which has bounced back from the Covid-19 export crisis, the Financial Times reported.

The country has stood as Africa’s largest car manufacturer and exporter since 2018, thanks to a state strategy that paved the way for investments and prepared skilled labor, the newspaper said in a story titled “How Morocco transformed itself into a carmaking hub.”

“About 80 per cent of the roughly 400,000 cars produced are sold to Europe, with France, Spain, Germany and Italy the top destinations. Other markets include Turkey and the Middle East, with a smattering going to the rest of Africa — a market now theoretically more accessible thanks to the African Continental Free trade Area, a trading bloc that came into effect this year,” it said.

In terms of job creation, the car industry employs some 220,000 people, most of whom work for roughly 250 suppliers that have sunk roots in the country since carmakers began to gain real traction more than a decade ago.

In addition to French giants such as Renault and Peugeot, Morocco is also home to plants of Valeo of France, Varroc Lighting Systems of the US and Yazaki and Sumitomo of Japan.

These investments “show that Morocco has had some success in forcing a backward integration of the industry, by stipulating the use of locally-based suppliers,” the Financial Times wrote.

Renault factory managing director Marc Nassif said locally made parts accounts for 60% of the final product Renault, a figure he expects to rise to 65 per cent.

Hyundai, the Korean carmaker, which recently quit Algeria, may now consider setting up a plant in Morocco, according to reports cited by the Financial Times.

Morocco has prepared the necessary infrastructure, including roads, ports and railways to facilitate the take-off of carmaking in the country

Manufacturers can go to a “single window” in the trade and industry ministry rather than battling against competing bureaucratic fiefdoms, he said.

Morocco’s free trade agreements with the EU, Turkey and its connectedness with major markets have encouraged automotive companies to invest in the north African country, Nassif said.

“Labour costs are about one quarter of those in Spain and lower than in eastern Europe. For entry-level cars like Renault’s Dacia brand, where labour makes up a higher proportion of the vehicle cost, that is a key incentive for locating in Morocco,” Marc Nassif said.