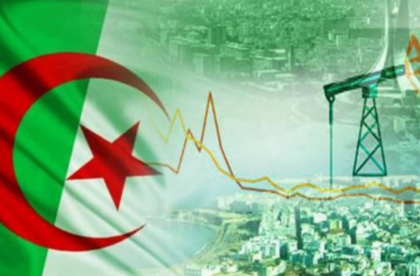 As Algeria sinks into an unprecedented economic and social crisis, Algeria’s president indulges himself and his military rulers with his diatribes against Morocco, Israel and France in a warmongering rhetoric that is reflective of a regime in disarray, verging on insanity.

Tebboune spoke to local journalists representing two mouthpieces of the regime about everything except the deteriorating living conditions and economic outlook of the country and said everything but the truth.

With a populist tone, Algerian president said his country will strive to avoid IMF debt because he said such loans come with political consequences! But in fact, Algeria cannot get easy access to the international debt market because its finances are shrouded in opacity, its banking system is archaic, and the economy is controlled by the state which subsidies all essential goods and hampers free competition. Needless to say that Algeria has yet to join the WTO.

Tebboune tried to portray a brutal policy of import cuts as a solution. He marketed a cosmetic and unsustainable measure of banning the import of essential goods as a state solution to keep reserves which he said were estimated at $44 billion by end of 2020.

But what he did not say is that the foreign exchange reserves are almost depleted and the country has no access to loans and no readiness to reform. It opted instead for starving its population by reducing and banning imports of some essential goods leading to queues for grains, milk and cooking oil in a country where people cannot have access to cash amid a severe liquidity crisis.

Tebboune’s insanity went as far as ordering capital punishment for speculators in foodstuff! Instead of blaming the monetary policy of his country for the fall of the dinar, he opted for scapegoating speculators.

Scapegoating and conspiracy theories have become a brand of the current Algerian regime. Tebboune blamed Morocco again for its domestic dissent, saying the MAK independence movement in the Kabylie region was backed by Morocco.

The MAK is a peaceful movement whose leadership is based in France. The administration of President Macron has repetitively ignored as unfounded the allegations of Algeria and its arrest warrants against MAK activists whom it accuses, with no proof, as terrorists.

France and other European countries’ indifference to Algeria’s terrorism accusations targeting MAK and Rachad shows the extent to which the self-proclaimed “regional power” has an inaudible voice both in the region and internationally.

In another stark contradiction showing endemic hostility towards Morocco, Tebboune vowed that Algeria would trigger “a war that no one can stop” against Morocco. This came in response to a question on reports about Morocco-Israeli cooperation in the defense industry.

Morocco has so far responded by utter indifference because Rabat is aware of the attempts by the bankrupt military regime in Algiers to externalize its crisis.

Hostility and diatribes against Morocco, a well-off country with no oil and gas, will not improve the living conditions of Algerians or help Algeria avert its inevitable economic collapse.

The regime has no more to offer Algerians but brutality and repression as it continues sowing instability abroad and in the region amid a very bleak economic prospect.

The question is for how long will Algerians resist the insanity of their inefficient, corrupt and disillusioned military rulers.