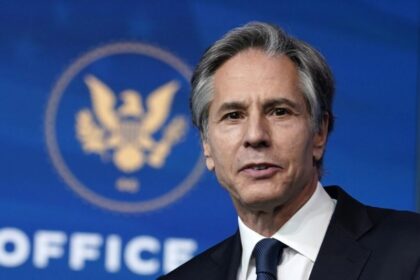 U.S. Secretary of State Antony Blinken has welcomed the appointment of Staffan de Mistura as a new UN envoy for the Sahara in replacement of German Horst Köhler who stepped down in May 2019.

In his twitter account, Mr. Blinken welcomed the appointment of the Italian-Swedish diplomat whose candidacy had been proposed by the UN Secretary General Antonio Guterres, approved by the parties to the Sahara conflict and endorsed by the UN Security Council.

“The United States fully supports the UN-led political process in the Sahara to promote a peaceful and prosperous future for the people of the region”, said Secretary Blinken in a tweet posted Wednesday.

The UN Secretary General, Antonio Guterres, officially announced De Mistura as his personal envoy for the on Wednesday.