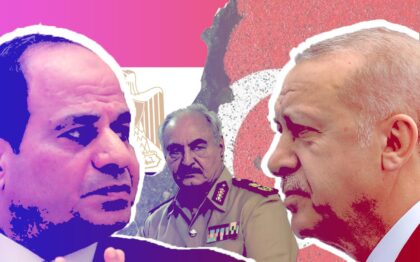 Egypt has asked Turkey to suspend the military agreement signed with Libya as part of conditions to normalize ties between the two countries.

Egyptian diplomatic sources told Al Araby Al- Jadeed a meeting last week gathered senior officials from both sides focusing on the situation in Libya, in light of international pressure, to conduct the proposed elections on time.

Libya is setting to hold presidential elections on December 24. Egypt, the sources indicated, is talking about Turkish military presence, and Syrian fighters working under the Turkish administration in western Libya. Turkey however argues it is providing military support under the umbrella of the training agreement signed with the previous Government of National Accord (GNA).

The GNA and Turkey in November 2019 signed a maritime and security agreement allowing Ankara to intervene in Libya amid an assault on the Libyan capital by Egypt-backed rebel General Khalifa Haftar.

Egypt stopped short of asking the cancellation of the agreement but called for a freeze of the deal until the election of a new authority that could make a decision on these agreements without the Turkish influence.

In a sign of rapprochement, Turkey reportedly expressed readiness to subject the work of its trainers in Libya to UN or US supervision, which the Egyptian side requested to study and respond to, in a future meeting.

Turkey and Russia are under pressure to remove their forces from Libya before the elections. Russia is accused of providing support for the mercenary company Wagner that has private troops in Eastern Libya backing Haftar.