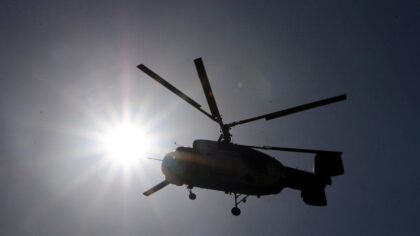 A helicopter belonging to the Tunisian army crashed Tuesday during a night drill, causing the death of three soldiers on board, the ministry of Defense has said.

Zekri also indicated that a military technical team was dispatched to the scene to determine the causes of the tragedy.