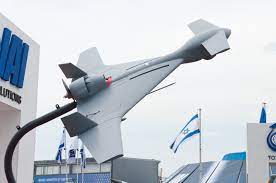 The Algerian military junta is extremely concerned by the visit to be paid by Israeli defense minister Benny Gantz to Morocco following the normalization of relations between the two countries, which are looking forward to step up their military and economic cooperation.

According to several press reports, during his trip, expected after the formation of a new Moroccan government, Mr. Gantz will seal defense cooperation agreements that would launch the drone production in the North African Kingdom, enhancing further the country’s airpower superiority.

Morocco is reportedly interested in the Israeli Harop loitering munitions, small drones which combine the capabilities of unmanned aerial vehicle (UAV) and a lethal missile.

Measuring 2 meter in length with a wingspan of 3 m, the Harop can avoid enemy aircraft detection systems. It attacks the enemy targets with an onboard explosive of 23kg. It can automatically search, detect and accurately attack the mobile or static targets at long range. It can be deployed in urban warfare, high-intensity and low-intensity conflicts and counter-terror missions.

Morocco has received lately the first delivery of the Bayraktar TB2 combat drones from Turkey. The North African Kingdom has ordered 13 of these drones that can fly up to 220 km per hour and stay in the air for up to 27 hours.

They are used in surveillance and reconnaissance missions. They can also be armed with anti-tank missiles, precision-guided missiles, and laser-guided rockets.

Morocco’s plans to develop military industry and acquire Israeli defense technologies spark fear among Algeria’s top brass which engaged in frenzied-arms buying instead of responding to social owes, deepening crises in a country on the verge of implosion.