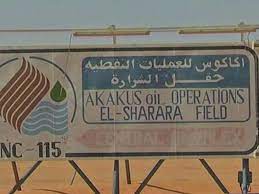 Dbeibah signed two decrees at the headquarters of the National Oil Corporation (NOC) in capital Tripoli, giving the country’s oil giant right to contract directly and to finance the implementation of the construction projects of the South Refinery as well as of a cooking gas plant.

It is unclear how much NOC will spend for the two projects but Dbeibah said the funds are available, according to Libya Herald.

Last week, NOC announced that the net revenues for the month of August this year from sales of crude oil, gas, condensates, petroleum products and petrochemicals reached record levels, driven by a recovery in prices around the world. The figures according to the company hit $1.95 billion including $1.8 billion from crude oil.

“I thank the Prime Minister as well as the Council of Ministers for their support to the National Oil Corporation. We feel proud that everyone has intensified efforts around this vital sector, just as we feel the duty of responsibility to continue the process of development and modernization of the national oil sector, and we seize this opportunity to express our gratitude for the efforts of General Command of the Army in maintaining the continuity of exports,” NOC chairman Mustafa Sanalla said.

The August revenues however do not include royalties and taxes, in addition to the shipments of crude oil.