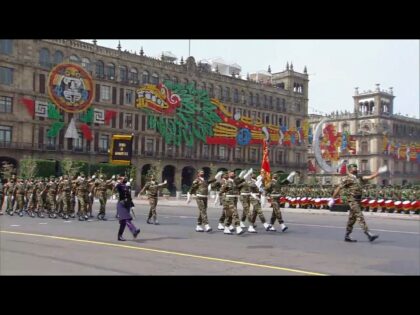 A detachment of the Royal Armed Forces (FAR) participated, Thursday in Mexico City, in the traditional military parade organized in commemoration of the bicentenary of the independence of Mexico.

The parade took place in the emblematic Plaza del Zocalo, in the center of the Mexican capital, with the presence of the Cuban president, Miguel Díaz-Canel, as guest of honor.

A statement by the Moroccan Embassy in Mexico said that the Moroccan contingent, headed by Colonel Abdellatif Achkir, is part of 13 foreign delegations that took part in the parade, including those of France, Argentina, Colombia, Great Britain, Italy and Côte d’Ivoire.

The Moroccan participation in the parade was highly appreciated by the Mexican authorities, as a move that will further consolidate the bonds of friendship between Morocco and Mexico.