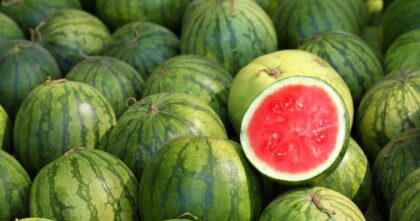 Exports of Morocco’s watermelons to the EU exceeded that of Spain for the first time in the first half of 2021 as the Kingdom’s pursues an agricultural development strategy to bolster overseas sales.

The 3.7% increase in Morocco’s watermelon sales in the EU contrasts with a drop in Spanish watermelon exports to EU peers from 156 million kilos to 117 million kilos in the first half of 2021.

After Spain, comes the Netherlands as the third suppliers of the EU with 52.6 millions kilos.

Morocco’s watermelon exports were 28% higher compared to Spain’s with a value standing at 132.4 million euros.