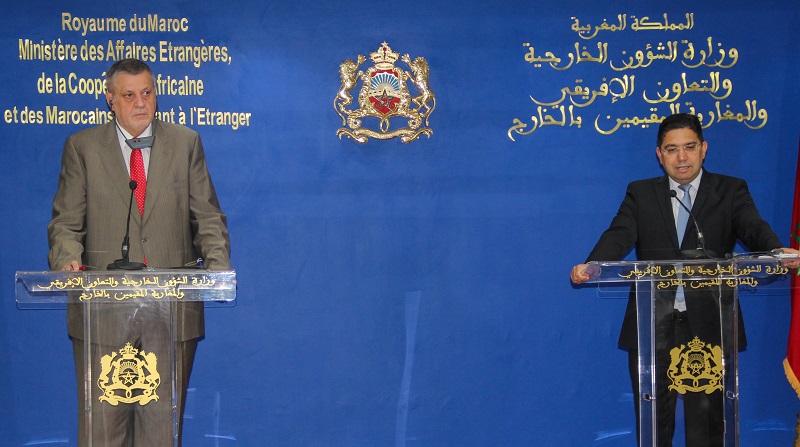 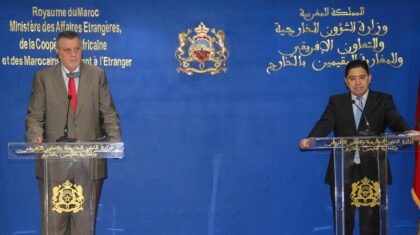 The UN special envoy for Libya, Jan Kubis, and the Moroccan Minister of Foreign Affairs, Nasser Bourita, have stressed again the need to respect the electoral process in Libya and the elections schedule set for December 24.

After a meeting in Rabat on Monday sept.13, Bourita, and the UN Special Envoy for Libya and head of the UN Support Mission in Libya (UNSMIL), the Slovak Jan Kubis, insisted on the need to respect the Libyan electoral process underway and to hold the various elections on the scheduled date, December 24 of this year.

“Morocco and the UN are acting for the peaceful settlement of the Libyan conflict, in particular through the holding of elections (legislative and presidential) on their scheduled date,” said Nasser Bourita.

He insisted that “Morocco has no agenda in Libya. It offers space for dialogue for the Libyans to find a peaceful solution” to their conflict, far from any interference. The main thing for Morocco is that there is “no foreign intervention,” he said, recalling Morocco’s support to the role of the United Nations, “as an essential platform in the unification and coordination of international efforts to resolve the crisis in Libya.”

Bourita stressed the need to build on progress made to successfully hold the December elections.

“We must build on the progress made at the military, institutional and political levels to succeed in these elections,” Bourita said, reiterating Morocco’s readiness to work with the Libyan parties and the UN to bring the electoral process to a successful end.

“Morocco believes that the settlement of the situation in Libya must go through elections, by being prepared as best as possible on the legal and logistical aspects,” he added.

The Libyan crisis, which is a crisis of legitimacy, “can only be resolved through a democratic exercise in which all Libyans must participate,” he noted.

For his part, Kubis, who was on his first working visit to Morocco, expressed his gratitude to Morocco for being a strong partner and an active player in the international community for supporting the political process that should lead to more stability, unity and cooperation in Libya.

“The country will have new institutions and authorities, a strong democracy and legitimacy to overcome several challenges facing not only Libya but many countries in the region,” he said.

He expressed his appreciation to King Mohammed VI for Morocco’s “availability”, its “deep cooperation” to help the Libyan parties find their way, as well as for the Kingdom’s support to the United Nations efforts in Libya, expressing hope that Morocco will continue to play this “very decisive” role in the future.

“We will leverage on the achievements of this cooperation to help Libya move to the next phase, through this political process marked by the December 24 elections,” he noted.