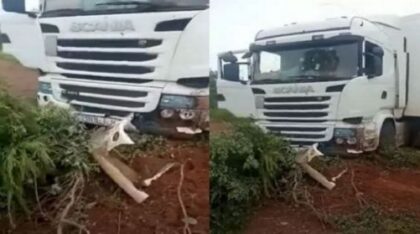 The Government of Mali has strongly condemned “the cowardly and barbaric attack” carried out by “unidentified armed individuals” on Saturday against a Moroccan commercial convoy in the town of Didieni, Kayes region, resulting in the death of two Moroccan nationals and the injury of others.

The Malian minister “expressed, on behalf of the President of transition and the government, compassion and solidarity with the government and the brotherly people of Morocco”, underlined the statement.

He also offered his condolences to the families of the victims and wished a speedy recovery to the wounded, affirming that the Malian authorities will track down all those responsible for this criminal attack and bring them to justice.

Morocco had asked Malian authorities to open an investigation into the attack which many analysts in Morocco blame on Algeria and its Polisario proxies.

Mali’s foreign minister Aboulaye Diop “expressed the commitment of the Malian authorities to do everything possible to find the culprits and bring them to justice.”

According to press reports, the attack was premeditated and was targeting Morocco’s trade with West Africa. The assault comes after Algiers cut diplomatic ties with Rabat and after the military action taken by Moroccan army to end the obstruction by the polisario militias of commercial & civilian traffic in the southern Moroccan Guerguerat border post with Mauritania.

The attackers escaped after their cowardly attack leaving cargo untouched.

Newer PostMorocco, UN call on Libyan parties to respect elections schedule
Older PostAnniversary of Abraham Accords: Morocco pleads for a lasting peace in the Middle East as a strategic objective