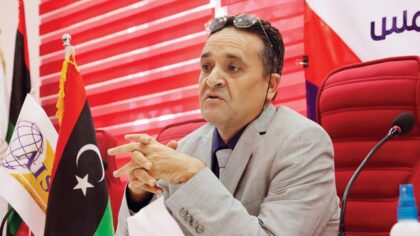 Libya has signed multiple billion-dollar contracts with a number of Egyptian companies to set up power stations in the oil-rich country.

Salama Al-Ghwail, Libya’s State Minister for Economic Affairs, told Egyptian media the contracts are worth between $1.5 billion and $2 billion.

Al-Ghwail said Egyptian companies should win between 60 to 70% of the reconstruction projects in Libya.

Minister of Economy Mohamed Hwej speaking in an exclusive interview to Libyan satellite TV channel 218 last week said Egypt will contribute to the reconstruction and creation of infrastructure.

Libya’s reconstruction is estimated at approximately $111 billion. The plan is still in the making and is expected to be rolled out in the wake of December 24 elections.

Newer PostAnniversary of Abraham Accords: Morocco pleads for a lasting peace in the Middle East as a strategic objective
Older PostPM-designate Aziz Akhannouch withdraws from management of family AKWA holding