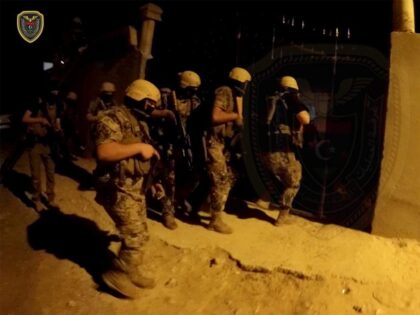 The Libyan government announced Tuesday the arrest of the leader of the Islamic state group (ISIS), Embarak Al Khazmy, during a counter-terrorism operation in the city of Bani Walid, some 180 km east of capital Tripoli.

Khazmy is described head of accommodation of ISIS terrorists in Bani Walid when ISIS controlled some areas in Libya.

The ISIS fighter had been on the run for five years after he was put on the wanted list of Libyan attorney General Al-Siddiq Al-Sour in 2016.

Prime Minister Abdul-Hamid Dbeibah welcomed the arrest that he described as “a great success for our security forces and our brave youth with the Joint Operations Force, which will continue to combat terrorism wherever on the Libyan territory”.

The terror group entered Libya in 2014 following fall of the Muammar Gaddafi regime in 2011 during the NATO-backed revolution.