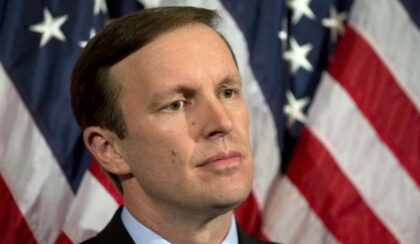 US Democrat Senator Chris Murphy Saturday called on Tunisian President Kais Saied to bring back the North African country to the democratic path and swift end to the state of emergency, in reference to the ongoing exceptional measures put in place by the Tunisian President since July 25. The measures include suspension of the parliament and seizure of the executive.

Murphy was part of a US delegation that visited Tunisia to discuss the situation in the North African Country. The delegation also included Senator John Ussouf.

The Tunisian President has suspended since July 25 the legislature and immunity of the parliamentarians, and in addition sacked Premier Hichem Mechichi, using article 80 of the constitution. Saied has claimed the move was meant to restore the country gripped by a political crisis, economic challenges and the pandemic, in addition to endemic corruption.

The Tunisian President during the Saturday meeting defended again his move noting that it was not a “coup d’état”.

“They speak of a coup d’état, but they do not understand the law and distort it. A coup d’état is done outside the constitutional framework while I applied a text of the constitution to preserve Tunisia from an imminent danger,” Saied stressed.

Tunisia has been under a state of emergency since November 2015 following a string of terror attack. The emergency underlying measures allow the state to arrest individuals suspected for posing a threat to the country, ban all gatherings, and adopt any other move deemed necessary. In July, President Saied extended for six months the state of emergency.