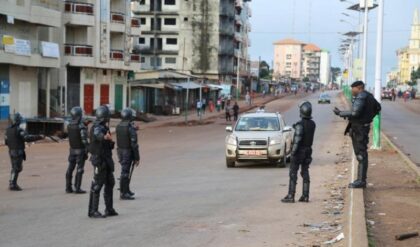 Morocco’s national football team will fly back from Conakry without playing a game that was supposed to take place on Monday against the Guinean counterpart.

According to Moroccan media, the Moroccan team and accompanying delegation headed Sunday evening to the Conakry Gbessia airport, where a special plane was to fly them back home.

Heavy gunfire was heard in the city Sunday after rebels claimed to have deposed the president and dissolved the government. Guinea’s defense minister denied this saying the coup was thwarted.

An official from Morocco’s football federation told AFP that the national squad was safe waiting for a flight back to Morocco.

The FIFA is yet to decide about the possibility and whereabouts to replay the cancelled game between the two countries.

UN secretary-general Antonio Guterres and the African Union have condemned the apparent coup and demanded the immediate release of President Condé.