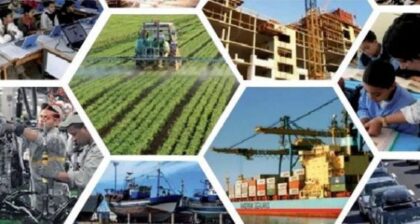 Encouraged by the Moroccan business model providing clarity and visibility, investors from around the globe have flocked to the fully equipped and connected industrial zones to install their production units, creating jobs and expanding operations to meet a global growing demand as the country has become a gateway for investment in Africa.

However, in Algeria, both foreign and local investors are deserting the country, and for good reasons. They are extremely wary about deepening political crisis, the country’s instability, bureaucracy, economic paralysis, widespread corruption, lack of transparency & accountability as well as the restrictions imposed on the private sector.

The volatile political situation in Algeria and the uncertainties about its future have pushed automotive giants Volkswagen and Hyundai to pullout from the country dealing a hard blow to the Algerian rulers, as the move leads to layoffs and exacerbates social tension and discontent that are already building up and fueling the Hirak movement.

According to some analysts, the departure of the two major global players in the car industry from Algeria is serious economic setback for President Abdelmajid Tebboune and army chief Said Chengriha, de facto ruler.

With the capacity to produce over 700,000 vehicles per year, Morocco’s automotive industry is taking the lead in Africa. In 2019, the sector posted over $ 8.5 billion in exports. More than 250 automotive spare manufacturers and suppliers are operating in the Kingdom and employing over 220,000 workers, technicians and engineers.

These assets are likely to convince the German and South-Korean carmakers to relocate their manufacturing and assembly sites in the Kingdom, which offers huge opportunities for investors looking for competitive edge.

German automaker Opel will soon begin producing electric cars (Rocks-e model) in Morocco. The electric vehicle is an upgraded version of Citroën’s Ami EV microcar. It is the first all-electric, passenger car to be manufactured in North Africa. Rocks-e will be marketed in major European cities.

As a gateway to Africa, Morocco provides Opel a nearby production base for the export of electric vehicles to rapidly expanding markets in Sub-Saharan Africa.

In aeronautics, Morocco has sealed mega-deals and attracted major investments worth several million Euros during the few past weeks, confirming that the North African Kingdom is a magnet for foreign investors.

Swiss aircraft manufacturer, Pilatus, and Belgian aerospace company, Sabca, will assemble PC-12 aerostructures in Morocco. Sabca will invest more than 17 million euros in the construction of a new 16,000-m² facility that will house the PC-12 aerostructure assembly line in the Nouaceur industrial zone, in Casablanca.

For its part, American Hexel Corporation has decided to double the size of its facility it opened in Casablanca in 2018. The plant transforms lightweight honeycomb materials into engineered core parts to reinforce structures in the aerospace industry, particularly for aircraft, engine nacelles, and helicopter blades.

All these foreign companies have chosen to invest in Morocco and avoided Algeria because of its political instability, authoritarian military junta, lack of economic strategy and good governance.

The Algerian regime is losing big to Morocco, which is gaining the economic battle. It is not through conspiracy theories, smear campaigns or cutting diplomatic ties that the Algerian rulers will be able to catch up.

Moroccan-Algerian relations have been strained for decades over the Sahara issue and the borders between the two countries have been closed since 1994.

King Mohammed VI has called many times on Algerian leaders to open borders and a franc dialogue without conditions to settle all issues hampering the development of relations between the two countries.

However, they chose to ignore the repeated reconciliation calls, preferring the path of manipulation, deceit, self-destruction and isolation to maintain their firm grip on power.

Morocco’s enemies should understand that battling windmills would get them nothing but only a twisted sword that will break in time, while the centuries-old Kingdom will continue advancing and thriving.