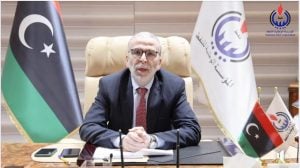 Libya’s oil production has dwindled from one million and 300.000 barrels per day (bpd) to one million and 260.000 due to leaks in pipelines, the suspended chairman of the National Oil Corporation Mustafa Sanallah has revealed.

The leaks at Al-Waha locations according to him are the most serious. The leaks are caused by bad infrastructure and pipelines.

Sanallah who was speaking in a video post on the company’s Facebook page, also urged the House of Representatives to speed up the approval of the 2021 budget or pass the funds of the NOC exceptionally, indicating that they owe one of the companies they had contracted 160 million dollars.

It is worth noting that the NOC chairman has been suspended and put under investigation by the country’s Oil Minister Mohamed Aoun for breaking a government rule that all leading government employees must seek permission before travelling abroad.

Aoun also referred him to investigation after the NOC chairman prevented his temporary successor Jadallah Al-Awkali from assuming his new role.

In the video post, Sanallah who has been leading the NOC for seven years and who reportedly is backed by the US and UK, slammed the minister for his move and questioned his integrity and acumen, Libya Herald reports.

Prime Minister Abdul-Hamid Dbeibah has invited both men for a meeting on Sunday to defuse the crisis.