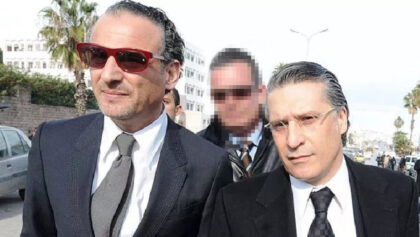 Algeria Sunday arrested Tunisian media mogul and leader of the second largest party in the Parliament, Nabil Karoui, for entering illegally in its territory, reports say.

Nabil Karoui, according to media reports, was arrested in the Algerian border city of Tébessa alongside four other people including his brother and lawmaker Ghazi Karoui.

They will appear today in court, reports say. The leader of Heart of Tunisia party and owner of Nessma television had been accounted for since July 25 when incumbent Tunisian leader seized the executive power and froze the activities of the parliament while suspending immunity of lawmakers using article 80 of the constitution.

The two Karoui brothers had been in the past sued for corruption and money laundering, allegedly through shell companies in Luxemburg and Algeria.

Nabil was released from prison in June after spending months in preventive detention in connection with corruption charges.