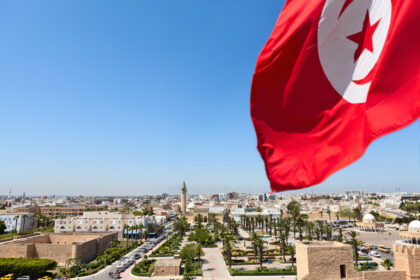 The recent measures by the Tunisian President to dismiss the Prime Minister and disband parliament have been described as a “power grab” that may delay the financing deal with the IMF.

Tunisia has struggled with endemic unemployment and an economic slow-down worsened by the Covid-19 crisis and pinned hope on a $4 billion loan package from the IMF that is yet to be approved.

The lack of progress towards restoring elected rule, risks “delaying a long-awaited deal with the International Monetary Fund and plans to sell debt overseas in October, raising fears among some analysts of a tumultuous Lebanon-style default,” Bloomberg wrote.

The economy shrank 8.5% last year and the government debt will soon hit the 100% threshold putting Tunisia on the brink of default.

The constitutional provisions Saied invoked to impose the emergency measures can apply for 30 days, with any extension needing the approval of the suspended parliament and constitutional court. This week, the president said he “won’t back down.”

Without an IMF program or related bilateral and multilateral support, Tunisia’s international reserves “could face material depletion by end-2022,” Bank of America said.

Net foreign-exchange reserves were about $7.4 billion at the end of July, enough for 219 days of imports, slightly down from the year before, according to Bloomberg.