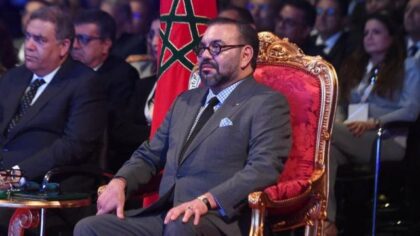 The Washington-based Middle East Institute has published this Tuesday an analysis on the 22-year rule of King Mohammed VI that was marked by ambitious economic and social policies at home, and promotion of a stable foreign policy abroad.

The author of the analysis Intissar Fakir, an MEI senior fellow and director of the program on North Africa and the Sahel, recalled that the King took a set of moves “allowing greater press freedoms, redressing past human rights abuses, putting in place a progressive personal status code that improved women’s legal standing, and working with the social democrat opposition party that led the government in his first few years in power.”

Internationally, the moves sought to boost Morocco’s profile through its role in the war on terrorism, promoting stability and compatibility with the West in terms of foreign policy, the analyst pointed out.

In this vein, the author of the analysis noted that Morocco’s foreign policy has grown more self-assured and assertive.

“Over the past few years, Morocco has gained momentum across Africa. This approach was the product of a long process that benefited from the advantageous confluence of events in the region where rivals for influence across Africa have weakened or new needs have arisen: the collapse of the Gadhafi regime in Libya, Algeria’s domestic political and economic challenges, the rise in terrorism in the Sahel, and an increase in migration to Europe,” she wrote.

“This presented Morocco with the perfect overlap of opportunity and capability. Morocco has developed its posture in Africa, has been boldly using its limited leverage with its traditional European allies, and is seeking out new partnerships with China, particularly, and Russia. A new relationship with Israel and the U.S. recognition of its claims of sovereignty over Western Sahara augmented its confidence and self-assurance,” she pointed out.

Highlighting the ambitious economic and social policies implemented at home, the analyst explained that the first years of the Sovereign’s reign were marked by economic progress with GDP per capita nearly doubling from $1,449 in 1999 to $3,000 in 2011.

“New infrastructure projects were launched, including new roads, highways, tramways, and more recently a high-speed train line. A renewable energy industry was also put in place to diversify away from coal and imported gas and to signal a future-minded vision for the economy,” Intissar Fakir wrote, underlining that “all of this has contributed to shaping a vision of the country as a leading regional economic power.”

The analyst also underlined how the monarchy adopted flexibility and pragmatism following the protests of 2011, how the king responded with a constitutional revision providing the elected government and parliament a greater political role, and how the parliamentary elections of 2016 brought to power the Justice and Development Party (PJD).

“In the next five years, the government and the monarchy focused on stabilizing macroeconomic indicators following progress made the previous decade to reduce budget deficits, decrease the public wage gap, and slash subsidies,” the analyst said, noting that these reforms helped improve fiscal indicators, although they limited the extent of human development.

The MEI analyst also recalled that the king launched in early 2020 and that after about a year and a half, the committee in charge of crafting the new model delivered an ambitious roadmap for Morocco to make a developmental leap by 2035.

The King’s leadership was evidenced over the course of the pandemic when Morocco’s technocrats, under his leadership, took the lead in navigating the crisis. And although the impact of the pandemic has been devastating, by comparison with its regional neighbors the country fared better, the analyst pointed out.

She recalled that Morocco “is leading in vaccination rates in Africa with 46% of the population having received at least one vaccine dose as of August 2021. At the same time, Morocco is also in the process of setting up vaccine manufacturing plants and its economic rebound is more promising than that of its regional neighbors.”

The vaccination campaign in the North African country is steadily continuing and enabled to inoculate some thirty million people, including 12,911,072 fully vaccinated people, and 17,288,054 who have received a first dose.

Meanwhile, the supply of anti-Covid vaccines is going well, as Morocco, which aims to achieve herd immunity, has ordered 66 million doses of vaccines.