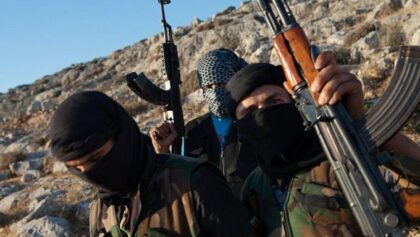 Libya’s Interior minister Khaled Mazen has brushed aside claims by Tunisia that dozens of terrorists have crossed into Tunisian territory from around Al-Watiya airbase (AB) in view of attacking the border city of Ben Guerdane.

Tunisia notified the Interpol of the presence of 100 terrorists at Al-Watiya AB and said they were trying to infiltrate into its territory, Libya Observer reports.

Mazen in the rejection of the claims, argued that the Anti-Terrorism Force was doing its tasks of monitoring terrorist acts and detaining all those suspected of involvement in terrorism.

A source close to military commanders at Al-Watiya AB, the Libyan media notes, said all forces in and around the base are regular army forces under the Ministry of Defense and said the Tunisian claims of terrorists were the first result of the “coup in Tunisia”.

Tunisia’s President Kais Saied late last week claimed that he was aware of an assassination plan being plotted against him. He however did not provide names.

Tunisia has been victim in the past of lawlessness in Libya where terrorists found safe haven. Three bloody attacks rocked Tunisia in 2015. The attackers were according to state officials trained in Libya.