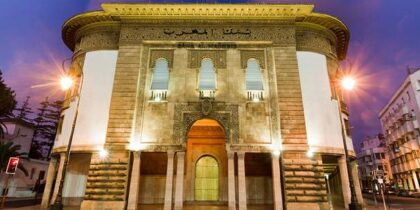 Morocco expects to add 650 million dollars to its foreign exchange reserves as part of $1.2 billion that will be offered to the country under the IMF’s Special Drawing Rights.

The sum is to be unlocked by the IMF this August 23 after a historic approval by the IMF Board of Governors to allocate Special Drawing Rights (SDRs) equivalent to $650 billion to all its members in order to boost liquidity.

This IMF financing would help Morocco maintain foreign exchange reserves at a comfortable level of 328.5 billion dirhams by year’s end, enough to cover seven months of imports, according to the central bank.

In April 2020, Morocco drew on a precautionary liquidity line worth $3 billion to cope with the social and economic impact of COVID-19 and to maintain strong external buffers in a context of heightened uncertainties.

The Covid-19 crisis hit Morocco’s inflow of hard currency which was offset by an improvement in remittances from Moroccans abroad.

The recovery of Morocco’s economy and its measures to cut the deficit are expected to have a beneficial impact on the level of foreign exchange reserves.

The trade ministry has launched a plan to encourage domestic manufacturers in order to replace exports as the government plans to reduce imports by 34 billion dirhams by 2023.