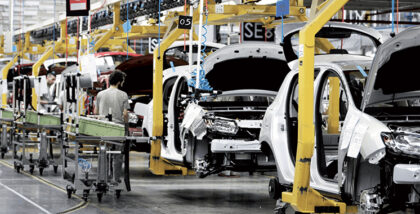 Morocco has developed one of the globe’s most competitive automotive industry hubs and prepares to raise production to 1 million cars annually, US magazine “Automotive Industries” said recently.

In a special issue on the car industry in Morocco, the media explained how Morocco was leveraging its ready access to the European automotive market with an established and growing automotive base to attract more car makers and suppliers to the country.

After outpacing South Africa as the continent’s first carmaker, Morocco is on course to outperform Italy in terms of number of manufactured cars.

Morocco is home to factories by French carmakers Renault and Peugeot as well as car part suppliers as it presses ahead with its low-carbon industry plans.

The sector could recover its pace this year growing 42.8% up to June posting exports worth 42.3 billion dirhams, according to the foreign exchange data.