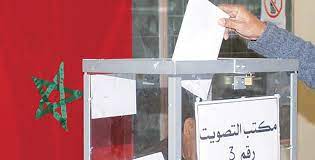 The holding of the upcoming general, regional and local elections on the same day attests to the vibrancy of the country’s democratic experience and the maturity of the Moroccan political system, said King Mohammed VI.

In a speech delivered Friday evening on the celebration of the 68th anniversary of the Revolution of the King and the People, the Sovereign said “elections are not an end in themselves. Rather, they are a means to set up credible institutions that serve the citizens’ interests and defend the nation’s causes.”

The Sovereign underlined his confidence that “a state’s strength comes from institutions and from the unity and cohesion of the nation’s components.”

“That is our weapon for the defense of our country in times of adversity, crisis or threats,” King Mohammed VI said.

This is more than just a historical event. It is an ongoing revolution which has inspired successive generations, celebrating the same spirit of true patriotism and eagerness to defend the homeland, its institutions and sacred values, he said.

This commemoration coincides with the launch of a new set of projects and reforms that will be carried out within the framework of the new development model and the national charter for development, the Sovereign underlined.

In his speech, King Mohammed VI also brought up a number of issues of interest to the Kingdom. He cited in this regard the carefully planned attacks launched recently against Morocco by some countries and organizations known for their hostility towards the Kingdom.