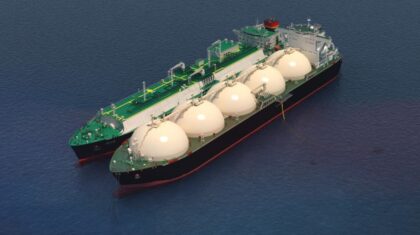 Morocco expects its demand on natural gas to spike to 3 billion cubic meters by 2040, the energy ministry said in a document that spells out the broadline for a strategy to secure gas supply.

The document outlines Morocco’s ambition to raise the share of natural gas in powering the industrial sector as Morocco presses ahead with its carbon-free goal.

In this respect, a law will be enacted governing gas supply, transport, storage and logistics in general.

Meanwhile, head of Morocco’s mines and hydrocarbons office Amina Benkhadra said that Morocco is willing to renew a gas pipeline deal with Algeria despite the ongoing tension between the two countries.

Algeria exports most of its gas to Spain through a pipeline that crosses Morocco. The pipeline agreement will come to an end in October if it was not renewed.

Newer PostUN Chief to survivors, victims of terrorism: ‘You are Not Alone’
Older PostSeptember elections attest to vibrancy of Morocco’s democratic experience