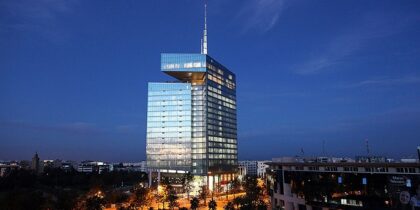 Etisalat, the UAE’s biggest telecoms operator, increased its ownership in Etisalat Investment North Africa to 100 per cent by acquiring the Abu Dhabi Fund for Development’s 8.7 per cent stake in EINA, Etisalat said in a regulatory filing on Tuesday.

The deal increases Etisalat Group’s effective ownership in Maroc Telecom Group to 53 per cent from 48.4 per cent, Etisalat said in a statement to the Abu Dhabi Securities Exchange, where its shares are traded.

The acquisition cost of about $505 million is subject to change according to prevailing market conditions such as foreign exchange rates prior to the transaction completion, Etisalat said. The investment will be funded through bank loans, it said.

Etisalat’s net profit attributable for the three-month period to the end of June increased about 0.4 per cent to $651m from the same period a year earlier, as a result of higher revenue.

Newer PostMorocco makes a step forward towards launching its own military industry
Older PostMorocco, guest of honor at the fifth China-Arab States Expo