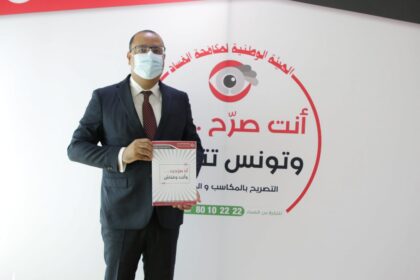 Tunisian sacked Prime Minister Hichem Mechichi made Thursday his first public appearance since his removal on July 25 by President Kais Saied amid rumors that he has been under house arrest.

Mechichi showed up at the headquarters of the country’s anti-corruption agency, INLUCC, to declare his assets, Webdo Tunis reports.

The move, the media notes, is in line with his succession following his removal.

The Thursday appearance is the first by Mechichi who is rumored to have been held under house arrest. A report by London-based Middle East Eye (MEE) also indicated that the former Prime Minister was molested and coaxed to sign his resignation, in the presence of some Egyptian security aides.

President Saied sacked July 25 the 47-years-old man in an unprecedented move that saw him seizing executive power and suspending the parliament for 30 days.

The moves were labelled by critics as a coup and some 11 days after his intervention, Saied has not named a new prime minister, announced any steps to end the emergency or declared his longer-term intentions.

On Thursday, he said there was “no turning back” from his decision to freeze parliament and assume executive power.

Speaking in a video published by his office, Saied also rejected calls for talks over the crisis, saying “there is no dialogue except with the honest” and that no dialogue was possible with “cancer cells.”

The biggest party in parliament, the moderate Islamist Ennahda, which has been the most vocal opponent of Saied’s moves, had called for dialogue in a statement earlier on Thursday.

The powerful labor union, UGTT, as well as both the United States and France, have called on the President to quickly appoint a new government to ease the crisis, according to Reuters.

The union is preparing a roadmap to end the crisis that it says it will present to Saied.