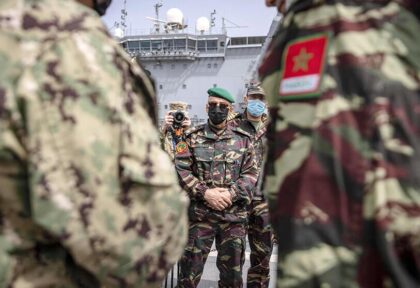 Moroccan special forces took part in HD Annual 21 military drills in Israel alongside 8 other armies in an exercise that focuses on honing skills in urban warfare tactics and dealing with nuclear arms.

A Moroccan C 13o Hercules has landed in early July at Hatzor air base. It was transporting Moroccan special forces to take part in the exercise now confirmed by the well-informed Far-Maroc facebook page.

The exercise is the first in which Moroccan troops take place alongside Israeli counterparts as well as special forces from Greece, the US, Italy, Jordan, the UK, and France.

The Moroccan army has stepped up in recent years exercises with international partners to improve troop interoperability and readiness as it continues a procurement program to upgrade arms in line with challenges of 21st C warfare.